"We were selected as one of the Top 10 NGOs in the world in annual rankings of the Top 200 NGOs in 2019, 2020 and 2021. The "Raising Aspirations" plan, and Fixed-Flexible-Freestyle model of staff engagement and execution has helped us act as a more cohesive global network with a collective voice and empowered teams, which has helped us attract this recognition." 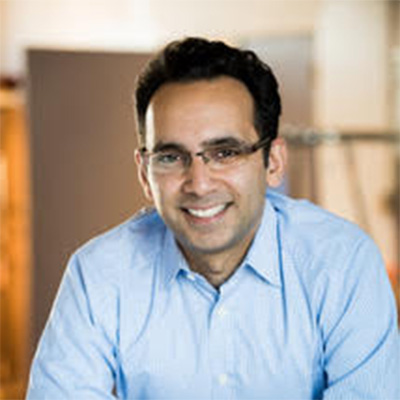 Junior Achievement (JA) was founded in 1919 and now has over 100 million living alumni who have thrived because of JA programs in their youth. With locations in over 100 countries, JA is one of the largest social impact networks in the world – and it has been a privilege for me to lead JA Worldwide. We deliver experiential education programs to young people in the areas of entrepreneurship, financial literacy, and work readiness.

We introduced a plan called "Raising Aspirations" with specific activities from 2017-2022 to introduce a growth mindset and a new framework for collaboration across boundaries. Specific activities have included: (1) introducing leadership coaching for the first time (rare in global non-profit organizations), and (2) developing a system called "Fixed-Flexible-Freestyle" to allow for more autonomy and opportunities for regional and local customization of... everything! Since the launch of the "Raising Aspirations" plan in 2017, JA Worldwide has grown in all key financial metrics (achieved record numbers in revenue, surplus, net assets) and operating metrics from the JA network of teams (including student learning experiences before COVID's impact).

We have also been able to survive and thrive during the pandemic despite the challenges faced by many nonprofit organizations. Even in 2021, while schools were closed and philanthropy was challenged, JA has continued to serve students in Africa, Europe, Asia-Pacific, the Middle East, and across North and South America. JA colleagues across the United States have been particularly resilient in persevering and recovering. We were selected as one of the Top 10 NGOs in the world in annual rankings of the Top 200 NGOs in 2019, 2020 and 2021. The "Raising Aspirations" plan, and Fixed-Flexible-Freestyle model of staff engagement and execution has helped us act as a more cohesive global network with a collective voice and empowered teams, which has helped us increase impact and attract this recognition.

Prior to the introduction of the "Raising Aspirations" strategic plan, JA Worldwide was not focused on growth. The organization had been focused on creating operating agreements between its locations to create consistency. The “Raising Aspirations” plan has been focused on empowering people. The Fixed-Flexible-Freestyle framework has enabled more rapid decision-making on important items such as selecting high potential leaders (JA Fellows), building a global alumni community, working with tech-forward partners, improving data and impact measurement capabilities, modernizing our brand, and funding innovation (JA Labs). It has enabled our network of teams to cooperate and co-develop initiatives across cultures and boundaries, particularly in parts of the world that are historically underserved.

The new framework has allowed for much more regional and local development of student entrepreneurship programs. It has also allowed for local and regional teams to feel a stronger affiliation with each other as part of a truly global organization. Leadership coaching has been offered by members of the Marshall Goldsmith 100 group to many of JA's senior leaders all over the world. JA has now attracted partnerships with firms such as Google, Facebook, and Twitter in locations as far afield as Africa, Asia, and the Middle East - none of whom had partnered with JA prior to 2017. During the pandemic, our teams have also used the flexibility from our Fixed-Flexible-Freestyle framework to shift locations. Our Africa team is no longer centrally based in Ghana, but has become pan-African. Our South American team, our Asian team, and our European teams are using the flexibility from our framework to build autonomy and local accountability rather than central controls. This makes a real difference in the education business because schools and school systems are locally managed, rather than globally managed.

JA increased our "market share" for serving youth (JA growth vs. youth population growth) by over 3X from 2017 to 2019, prior to the pandemic. In addition, key financial metrics and impact metrics also improved for JA's global network during this time period. In addition to reaching the #7 ranking among the top 200 NGOs in the world in 2019, 2020 and 2021, JA has garnered recognition from our students and young alumni of our programs - with many being selected on lists such as the Forbes 30 under 30 in recent years.

We are among the few NGOs allowed to operate in schools in China, the Middle East, Russia, and other places that have historically been cautious about entrepreneurship education. We are now expanding in Ukraine, Cote d'Ivoire, and additional countries - bolstered by a growth mindset that is articulated in the “Raising Aspirations” plan and the execution skills of our passionate leaders in each country.

On a personal note, I remember reading Tony's book, Delivering Happiness, while on the plane to a leadership retreat....the book was just as inspirational as the retreat itself! (And that is saying something.) I still have a dog-eared copy of the book on my shelf.

If I had the world's attention for 30 seconds, here is what I'd say:
You don't need to be born an entrepreneur to become entrepreneurial. Optimism and resilience can be learned by anyone in the world.

To stay updated on the latest and join our community of dedicated change agents committed to elevating human capital.